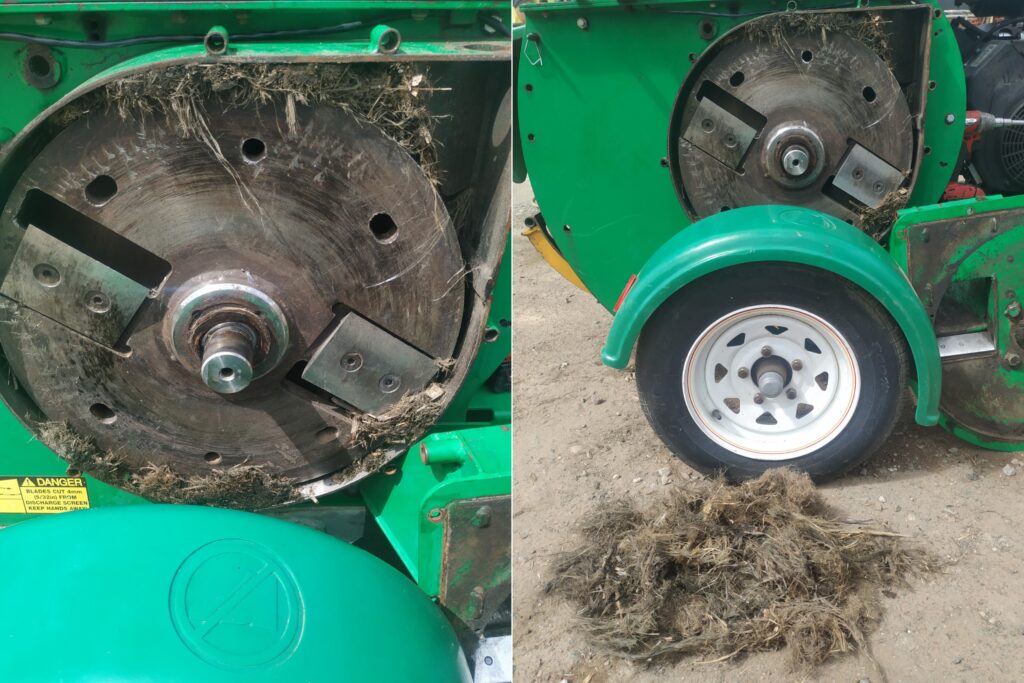 The chipper mulcher is one of those hire items that we often find ourselves asking of each other, “do we even bother making this unit available any more?”  The short answer is, “yes”.The slightly longer answer is below but the image should give you a clue as to where this conversation is headed.

The Red Roo CMS100 is a powerhouse of a machine … if used properly. Like everything however it has its limits and, when operated outside those limits, things start to go wrong.

Here are two of the most common problems that we have identified with the chipper and mulcher.

BELTS – The chipper and mulcher function is driven by 2 v-belts.

MATERIAL – The chipper mulcher can process many different types of organic material.